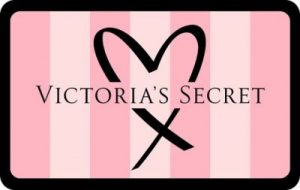 Some of you might know that recently I started hosting a radio show called Healthy Living with Yoga Anita. On this show I invite guests to talk about alternative remedies, nutrition, body work, and other things tips for a healthy you. Intermingled with the guest interview I play music. Preparing for the broadcast, I usually select songs of more a new age or classic rock vibe, but lately I’ve been hearing this tune by Jax on pop radio. Here are some of the lyrics*:

God, I wish somebody would’ve told me

When I was younger that all bodies aren’t the same

Told me I was overweight

I stopped eating, what a bummer

Can’t have carbs in a hot girl summer

If I could go back and tell myself

When I was younger, I’d say, psst

And girl, you wouldn’t believe

She’s an old man who lives in Ohio

Cashing in on body issues

She was made up by a dude (dude)

This pop tune really resonated with me as I thought back to my own pre-teen and teenage body issues with role models such as Twiggy, and the supermodels like Christie Brinkley, and pop stars who graced magazine covers. These women usually had long flowing straight locks, impossibly long legs, and incredibly skinny bodies. The magazines that featured them usually would have an article about their exercise and eating habits which I tried to emulate, but just like my naturally curly hair, these habits never achieved covergirl results. But I persisted, with each new diet, exercise program, hair and skin product until I looked what I thought to be perfect. It wasn’t until by mid forties, that I finally said enough. My body is a certain size, I like certain foods (i.e. dark chocolate), and I am going to enjoy life. My yoga practice helped.

In yoga my yoga practice, I try to incorporate the yamas. Yamas are self-awareness you gain by practicing the five yamas can help you transform negative energy and cultivate a deep, abiding sense of peace. The first yama is Ahimsa or non-harming which includes all living beings and myself.

If you practice Ahimsa, try being more kind, accepting, and forgiving of yourself and others.

You can’t do that while trying to conform to someone’s else image of beauty and body size. Stay healthy but stay true to yourself.

Thanks, Jax, for the reminder.

This is Yoga Anita. Love and Peace.

Please tune into my weekly radio show on WLPZ 95.1FM and streaming live on WLPZ.org.