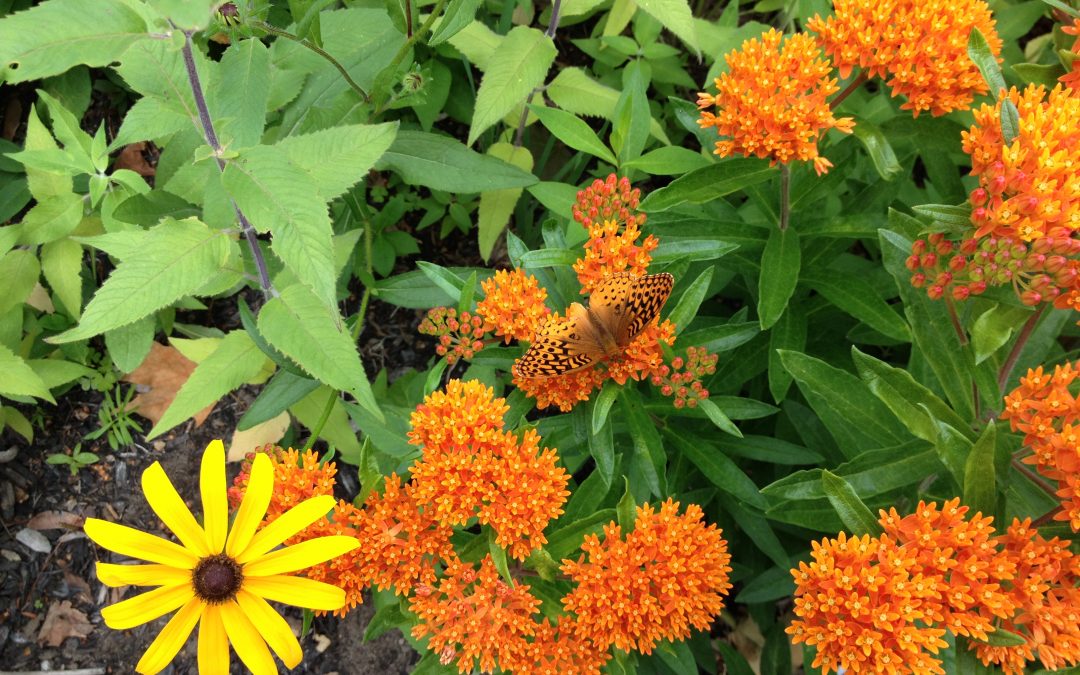 Meditation can be part of your everyday life. Whether you are an observer or an avid gardener, there is meditation all around you. This is about a garden meditation.

It has been 24 years since we’ve moved into our present home. Built in 1916, three generations lived here, and we bought it from the widow of the last generation. We originally viewed it in the fall and moved in the winter, so we were unprepared for that first garden’s spring awakening. And what an awakening it was! First I should tell you that the original builder was a Scottish mason and made his living carving monuments, eventually starting his own company. As the story goes, when he proposed to his wife she wouldn’t accept until he built her a house. So in between making monuments he and his workers did just that. The house has beautiful custom woodwork inside and masonry work outside. However, some of that masonry gave me a surprise as through my weeding and exploring of the gardens, I would find old tombstones! Come to find out, many of these were recycled due to a carving error, replacement of the original stone, or non-payment of a bill.

As a novice, I had to ask my neighbors about the different things I saw popping up, and through the years started to educate myself on perennials, annuals, invasive species, invasive animals, and landscaping. Those first few years I was just an observer, doing my due diligence in weed pulling, and trying to maintain what was already in front of me, which is considerable. The previous owners had laid out a very extensive system of plots including a Victory Garden. Through the years little tweaks were made, some good and some not so good. The Victory Garden did not survive, but many of the perennials did.  I was fortunate to have a neighboring couple, Dick and Marguerite, who were avid gardeners.  They shared their knowledge and cuttings with me.  They also became good friends, even with the 20 year difference and generational viewpoints between us. The huge hosta they gave me was my cat’s favorite hideout and when, a new couple moved into their home following Dick’s passing, I was able to bring them a dessert made from the rhubarb plant Dick gave me along with the handwritten recipe from Marguerite. Every time I see those plants in my garden I think of them.

Truthfully it took me years to really appreciate my garden. For many years I regarded it as a necessary chore and took no joy in spending my precious little free time weeding. It wasn’t until the year of Covid, that dreaded period when we were all quarantined and masked, that I truly started to appreciate my time outside in the garden. Now I look forward to  the first crocus blooms popping out of a dusty white thawing earth. I spend more time that I admit watching the bees and butterflies enjoying my lavender, phlox, and bee balm. And when a hummingbird stops by for a visit, it is greeted with more gleeful  enthusiasm than if Ms. Oprah Winfrey herself was walking up my sidewalk (side note: Oprah you can stop by anytime for some tea and a chat).

My garden meditation is appreciation. It is being with nature. It is thanking plants for bringing me their colorful joy. It is being still and quiet. It is laying down my clippers and watching the parade of ants. It is watching my dog frolicking through the irises and smelling the earth. It is watching the time lapse from spring to summer to fall to winter and knowing that the cycle will repeat again. It is knowing that I am part of that cycle of nature as well.

Listen to the podcast here.